Before the Christmas break, myself and Jamie Flear arranged to collaborate on the concept brief for the yearbook. We put an advertisement on the course board, hoping that two more people were looking to collaborate for the pitch. Three weeks later, and we've had no offers. It looks to be a two man job.

Our initial discussion went fairly well, we managed to discuss a few concepts and decide on a final idea that we would take forward - based on the talent on show on the course. 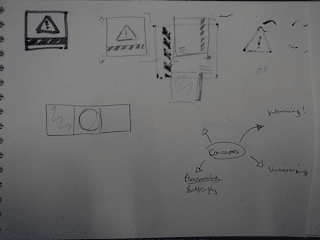 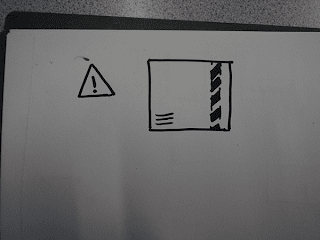 We aim to communicate an idea of caution, to prepare readers of what is ahead. Not in a negative way, more of a 'prepare to be blown away' kind of way. Initial ideas consist of the existing caution signage, and the colour schemes used to portray the message. More development is yet to come, but as of now, I'm glad to have the concept pinned down in such a short space of time - and with two days to go until the deadline.
Posted by Chris Lawson at 14:31