Progress on Font & Considerations Along The Way

Here is where I'm at so far, by simply importing EPS files in the way demonstrated before. It is now a fairly effective, functioning font, but there are certainly tweaks that need to be done to make it final: 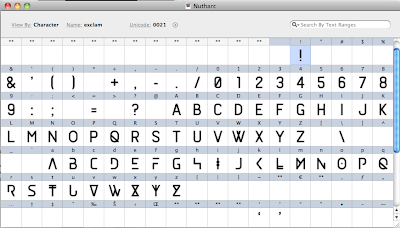 Most of the glyphs are there, but there are some that need adding, such as the greater and less than, the @ glyph, as well as some others. Here are the problems that I have encountered up to this point whilst making Nutharc, and what I have done to resolve them: 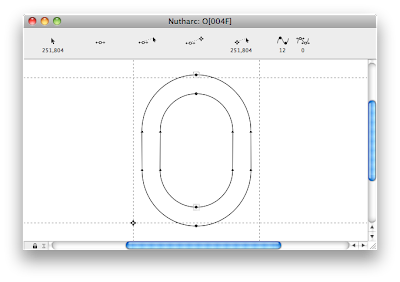 It is clear here that the 'O' sits ever so slightly above the cap height, and under the baseline. This is to make it look visually correct, by allowing the curves to sit slightly over the defined edges that gives it an illusion of identical height. This is accomplished by simply upping the scale to 102% of normal.

This was also the case for letterforms such as Q, G and S. Basically, any characters that have rounded features. 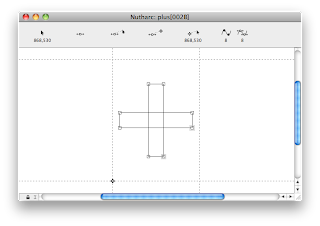 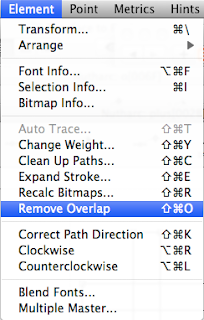 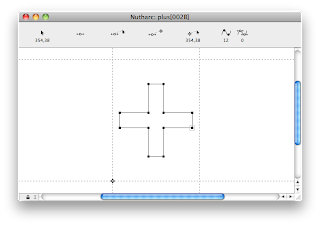 This is a problem I rarely came across, but now and then some elements would overlap, which caused complications when exporting the font file. In some tests, the square overlap would come out white, as if the two colliding shapes were cancelling each other out. To combat this, I simply highlighted the whole character and followed Element > Remove Overlap. Simple, but solved the minor bug.

This one was a little bit tricky to work out. The Auto Kern and Auto Space feature is a little bit, well, naff to be honest - the characters came out very inconsistent (see directly below) and I didn't like the kerning values being altered when the priority should have been on the values of the side bearings. 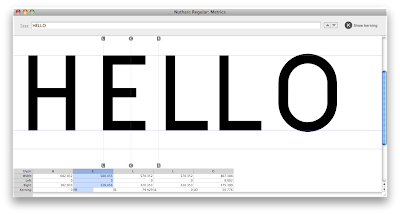 So, I decided to 'cheat' a little bit. Just a little. I reset the kerning and spacing values I based my kerning values on Univers - the typeface I have probably used the most in the past two-and-a-half years I have been on the course. I simply copied the values over to see how they would look on my typeface, using random words to demonstrate this.

It looks okay to be honest.

I have altered some parts which I don't agree on, for example I have halved the kerning value between T and A, but if I posted all the tiny details here it would take me absolutely ages. The spacing values are based on Univers 57 Condensed, but with a few minor tweaks here and there to suit my typeface. 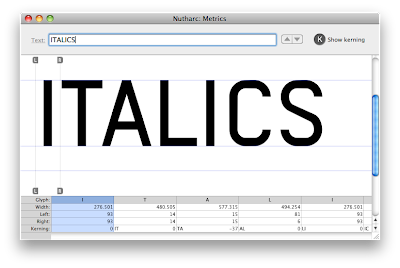 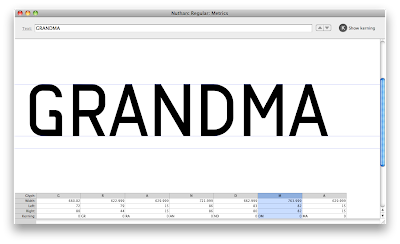 A quick test to demonstrate my working font so far. As far as the actual letterforms are concerned, I think the font is pretty much finished. May need some spacing alterations, but then again there are no fonts that I believe are perfectly kerned in every way.

A few more glyphs to be tweaked, a few more to be added, and I think I will wrap it up. I am quite pleased with the results. I have put the time and effort into making this font accessible, and I think it will pay off later when I apply the typeface to a range of items, and I also have a product that has the potential to be sold - so that's a huge bonus.