I thought it would be interesting to do a minimal front cover. I did a quick brainstorm of how I could make the work stand out, and one idea that cropped up was to emboss the front cover to communicate a presence, but one that's fading and difficult to make out. It represents the state of the species being covered, and is a concept that fits with the subject of endangered animals. 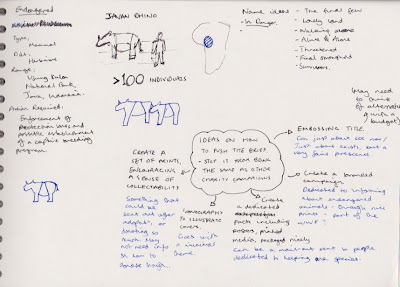 To make the front cover as minimal as possible, I thought it would be good to represent the animals in icon form. Seeing as I'm covering the Javan Rhinoceros, I'll start here. Here is the process I took, using illustrator's grid system, to create a simple icon: 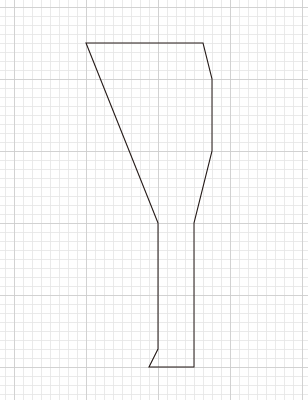 Back legs, aimed to overlap to show their 'armour coating'. 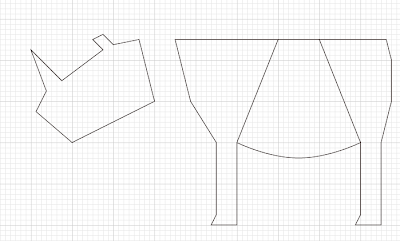 Created the front legs, connected the body together and constructed the head. 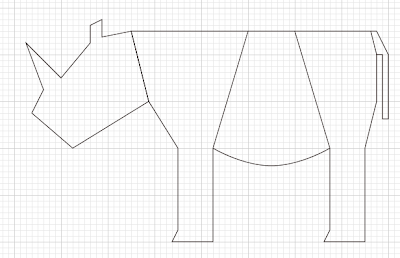 Tweaked the head, attached it to the body and constructed a tail. 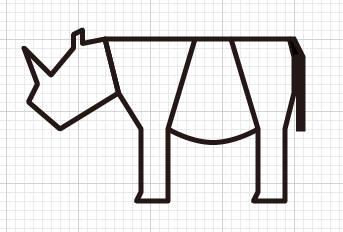 Shrunk it down and increased the weighting. The tail looks a little strange... 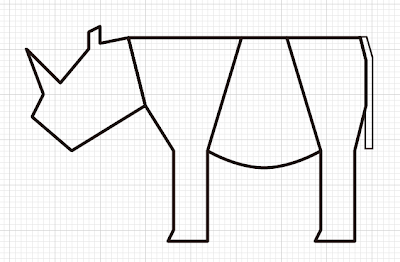 Made an alternative with a tail harbouring a thinner stroke. Don't like the line weight inconsistency. 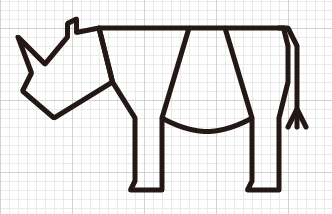 Opted to use a stroke for the tail, and I personally think it works better.

This will be used on the front cover and is flexible enough to use across a range of platforms. Other animals will have their own icons based on these aesthetics, using simple strokes with a consistent line weight.