Reverting Back To Some Original Letterforms

During my recent visit to Unit, Si told me that he preferred the previous letterforms I had for V, X and Z. He said they fitted the family better, and I had to agree with him. He said that because most of my alternative characters had elements taken away, that I should have kept this rule throughout. Even after I explained that the characters were designed to reflect the Futhark symbols, he explained that I should have aspects of the symbols that could be applied to all of the characters - in this case the minimalistic form.

The reason I altered them in the first place was because I thought they looked a little 'dull'. In hindsight, that isn't the point of a typeface, to change the characters based on their visual qualities - it's all about the visual consistency. Lesson learned.

I think he has a point, and looking at it now the characters do look a little out of place. I could always keep these for a second alternative, so my development isn't lost completely. It's a quick fix that shouldn't take long, so I thought I would do it now. 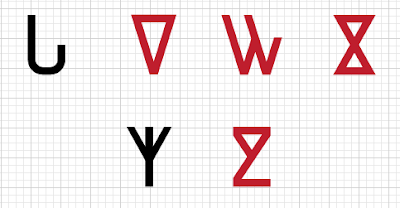 This is what I have now. the V, X and Z don't really go with the other letterforms, so I want to revert back to the style that I had with the alternative W. I copied over the regular letterforms as I think it will be easier to manipulate them. 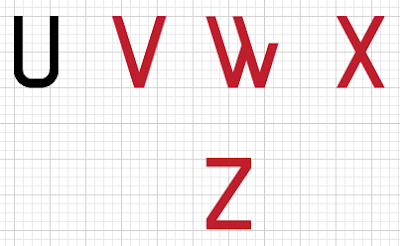 I simply drew a box to the grid with matching height to the alternative W, and cut the element away from the letterform. I repeated the process with the U and here is what I have now. 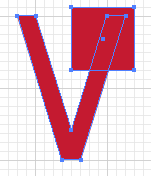 The Z is constructed a little differently from last time, so I had to approach it in a new way. This is what I got when I tried using the same cutting technique, there is a little bit that protrudes from the top. 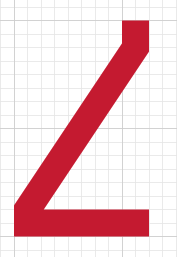 I divided the characters elements and brought the straight edge in to match the diagonal line of the Z. I then simply cut away the waste and was left with a finished character. 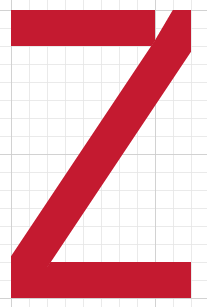 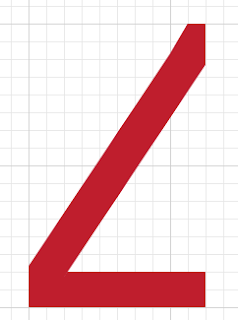 The X was made by dividing the shape and cutting away the top-left leg of the letterform, as demonstrated below: 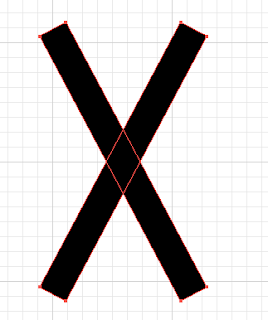 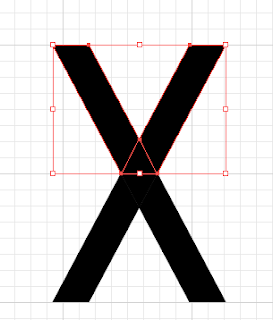 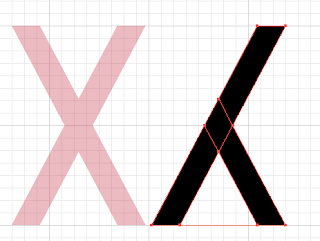 Final letterforms revised to match the style of the original typeface: 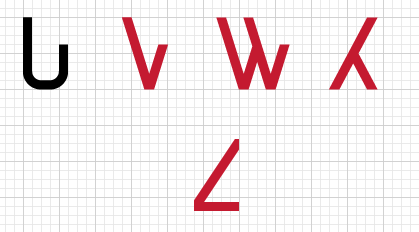