Collaboration On The End of Year Show Pitch

As it is the final chance to make my mark on the college before graduation, I have decided to propose a campaign for the End of Year Show. I will be doing this with James Flanagan. It was pretty much a snap decision that was made on Friday, but with the Yearbook and other commitments we haven't had chance to properly work on it until today. Leaving it a little late, but we're both confident we can get it done if we make up the time during the night.

We came up with a bunch of ideas, and we were pretty sure that we were going to play on the idea of age for a while. Although we did have a lot of ideas, the one that stuck out for us was the 'expect the unexpected'. It was an idea that came out of sheer dialogue; it's entirely possible that we wouldn't have come up with it individually. 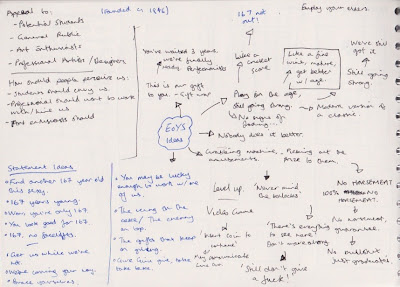 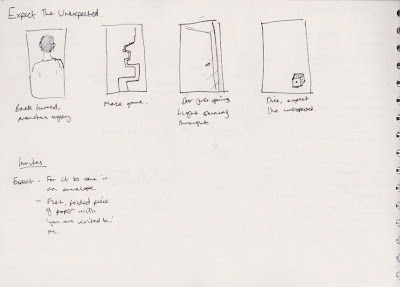 Some initial ideas, playing on the idea of 'unexpected'.


We chose the 'expect the unexpected' idea as we thought it was accessible to the college and had a powerful message. The other ideas, for example the 'no horsemeat', while comical and relevant to current affairs, wouldn't really suit an End of Year Show in terms of marketing it to a broad audience.

Currently, the brief would be a quick turnaround brief, which has potential to be expanded if we get the chance to develop the work. All work for this will be labelled as so: