This has been in the back of my mind through the entire font making process: how am I going to represent such a complex, yet widely used, symbol that stays true to the aesthetics of my font?

The '@' symbol was tough, and I decided to go against the conventions of the symbol, demonstrated below: 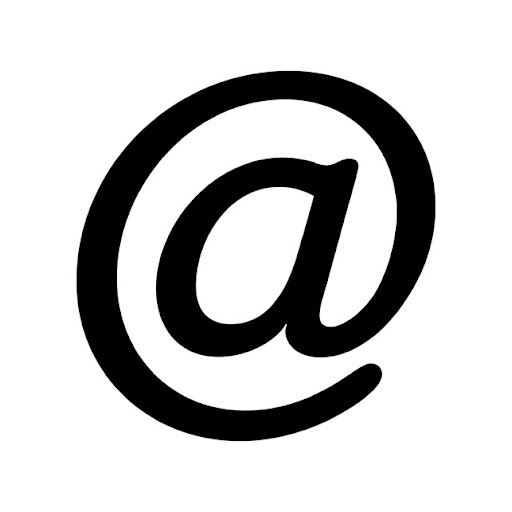 The symbol contains a lowercase a, encased in a circle with an oblique quality. This is nothing like my typeface, so I decided to take a different approach - using the curves and line qualities I have used previously in building the letterforms. 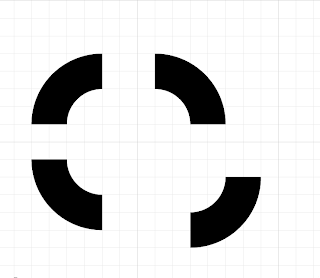 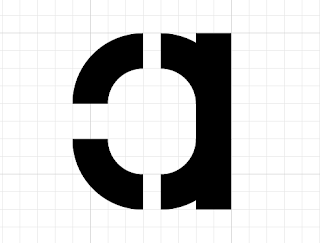 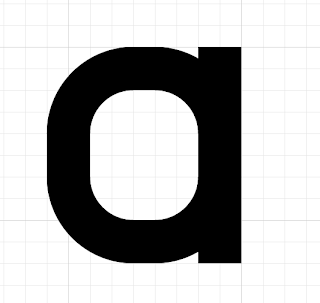 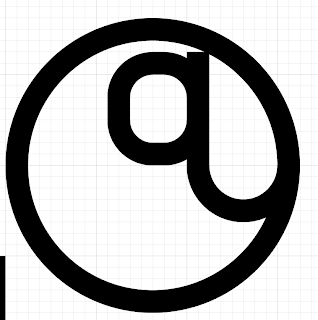 The first approach to the problem wasn't great... looks more like a lowercase Q. 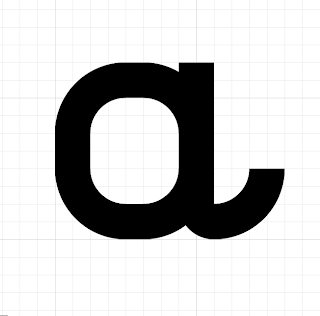 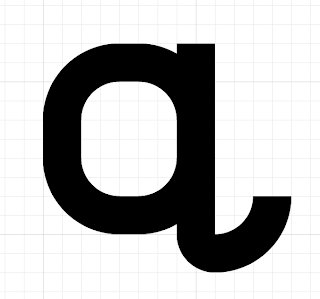 Other attempts at curling the tail of the 'a' out. 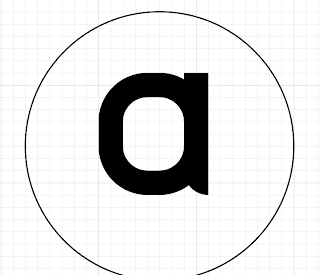 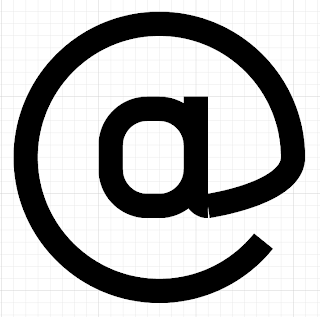 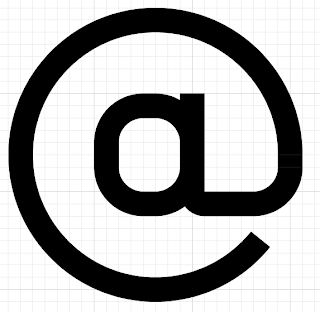 I then put a circle around the 'a' as a guide, then centred it and smoothed out the joining process. I also tried enlarging the 'a' but that led to no available join to the circle and looked nothing like an @ symbol, so I stuck to the previous idea. 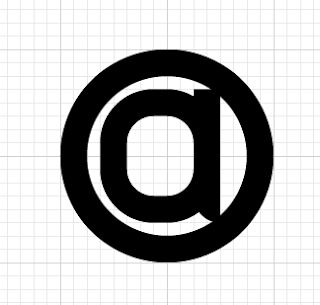 So this is my final vectored @ that I imported into Fontographer. I decided to flatten out the circle as I felt it didn't sit very well as an incomplete circle. It was purely a matter of aesthetics, and I think the revised version flows better. I tested it out first in it's raw form, with no size or spacing adjustments, to see how it reacted to my font now.

It looked a little small and also a little bit too thin. So I decided to increase the size by 102%, hardly noticeable but is a fine detail that makes it look optically correct. I also increased the weight by 10 em sizes, that gave it a little bit more strength when standing alongside my letters. 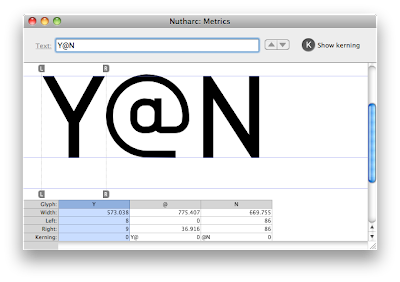 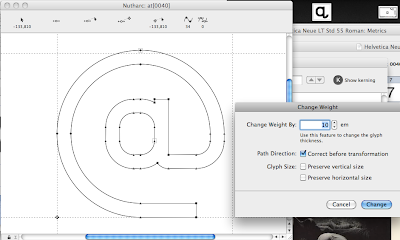 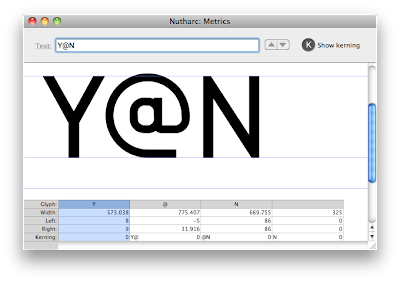 The final result is tons better, looks more like a symbol from my typeface than a foreign shape. I am happy with my take on a symbol that is unorthodox and often difficult to keep consistent with a typeface.
Posted by Chris Lawson at 13:29