Because magenta has been a recurring spot colour throughout the publication, it would be a shame to leave it out of the invites. I thought back to the front cover and what was on the other side - pure magenta. It would make the invite eye-catching and would stand out on a pile of printed material. 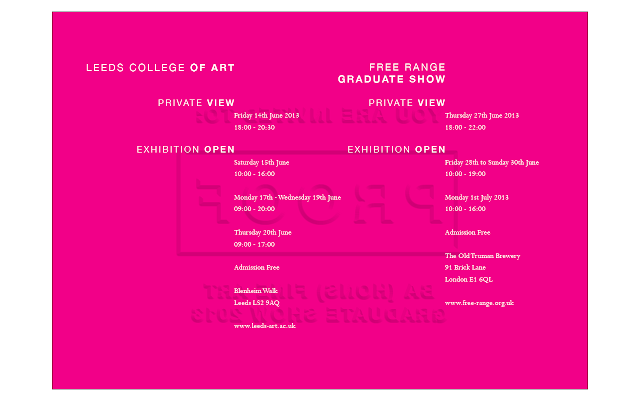 It is certainly eye catching, but I think the Perpetua could be prone to bleeding, as it is so delicate and in a small point size. I think I may shift the design around a little using helvetica. 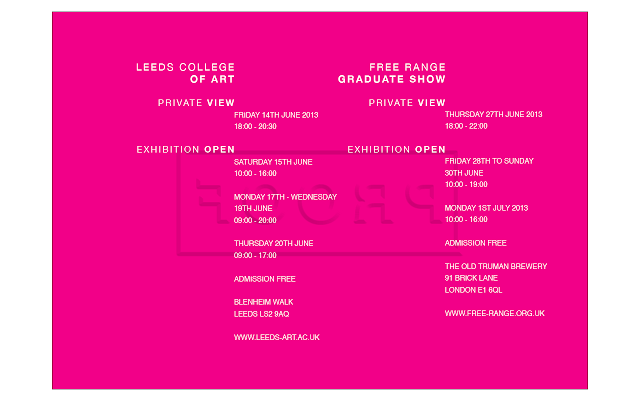 Set it in caps for consistency, and removed the invite in the impression as I found it to be a little too much, and a little distracting. I think there is too much uppercase in this and it will definitely need to be toned down. 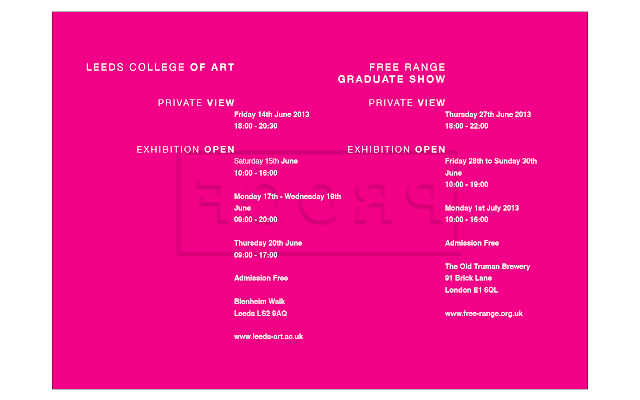 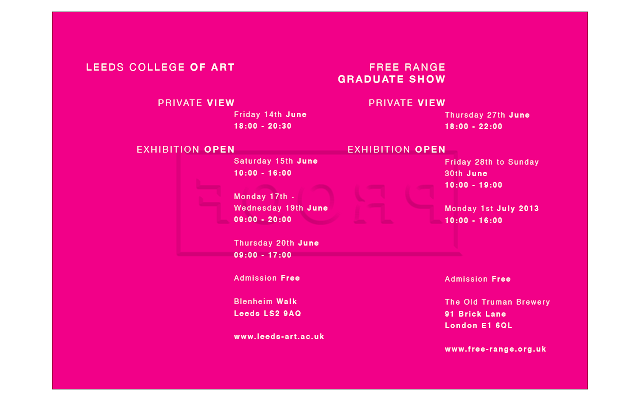 Lowercase examples. I matched the 160 tracking used in the publication, and took away '2013' as it should be obvious what year it is, and it split the line to make the layout inconsistent. I aim to highlight this somewhere else anyway. 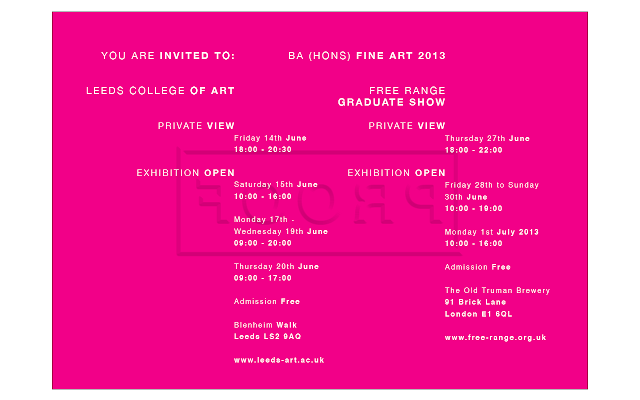 With the invite text on. I reverted the 'admission free' back up where it was as although it lined up with the left column better, it had one more line which looked too close to the bottom of the page. I have included '2013' but it looks a little odd at the moment as it cuts into the left column. 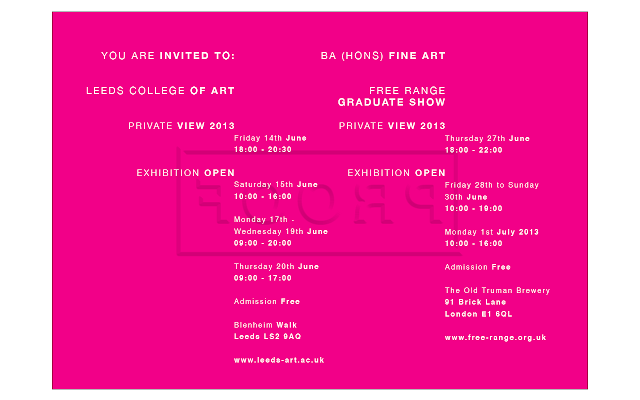 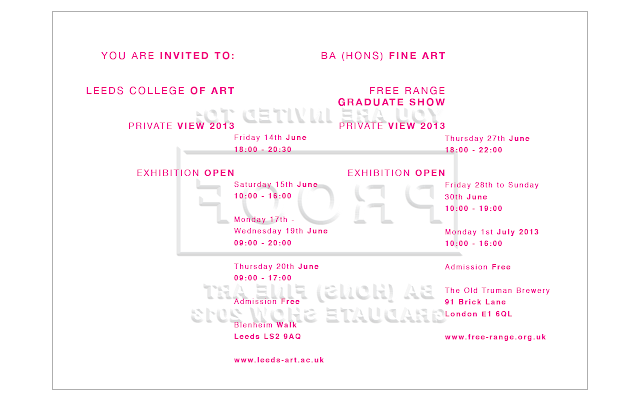 Overall, having stuck to the aesthetics of the final page, it is consistent with the design. I like the idea of implementing magenta as it responds to the front page. The magenta background will stand out and the debossed impression gives a high-end feel to the print - more than the run of the mill printed invite.
Posted by Chris Lawson at 15:51