Changing the Name of the Campaign

The more I look at it, the more I don't like the name In Danger. I think the name was a little rushed, and if doesn't have an action involved in the name, like all campaigns should, for example:

Save The Trees
Act For Wildlife
Don't Drink & Drive

The point of the campaign is to help restore the population of these animals, as they're in danger of going extinct.

By swapping the vulnerability to the action, in this case in danger to restore, there is a direct action or vision right there. It's so simple. So from now on, I will name the campaign RESTORE.

I tried Gotham, a very neutral typeface, alongside my existing one: 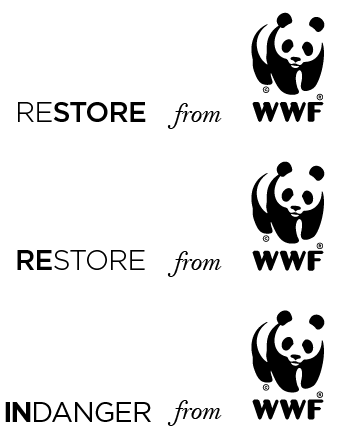 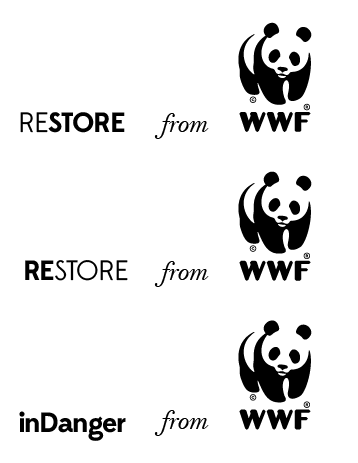 It looks a lot closer to a campaign now, the letters look more consistent to WWF and they're more uniform than Edmondans. I tried the old name to prove that it was the better choice.