Just to experiment with the format, I thought I would try portrait A5. The first decision would be the orientation of the image: 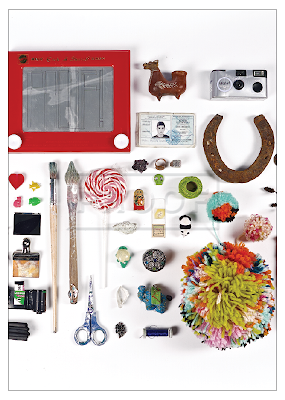 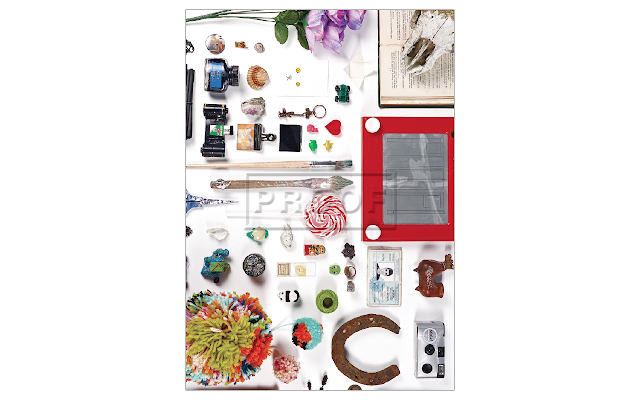 Although there is a white border at the top and bottom, which I cannot do anything about as it is already 300dpi, I think the first test works better. The rotated image looks out of place as it is set up for a landscape image.

It's difficult to stick to the same wide layout on a portrait, this is my initial interpretation of the layout in this format. 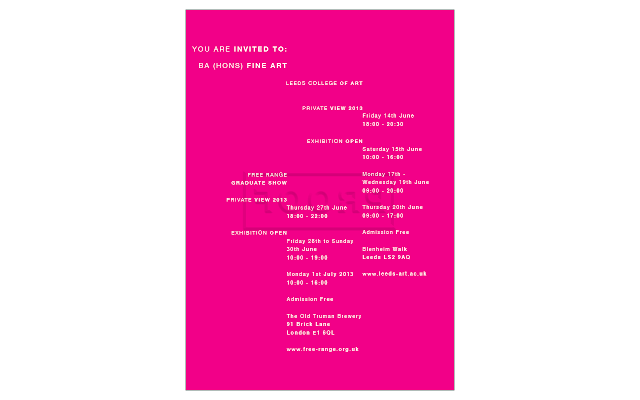 I still prefer the split aesthetics as it is easier to follow. I am sticking to the layout and rules that were set in the yearbook, but tweaking parts of it, such as the point size. I have to work at 8pt on this format otherwise type just won't fit on. I have also had to take advantage of line breaks. 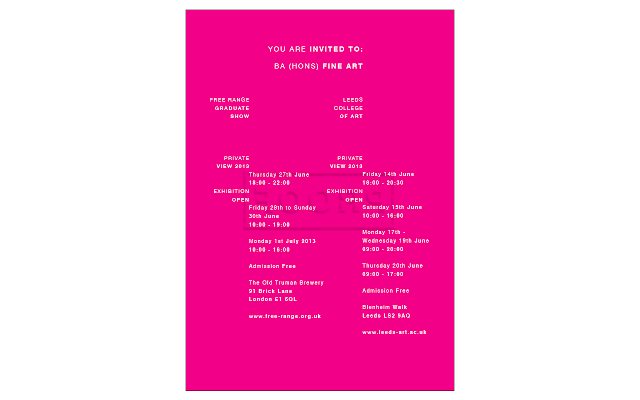 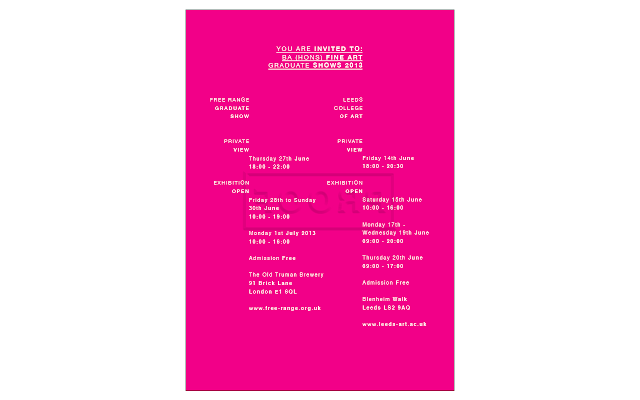 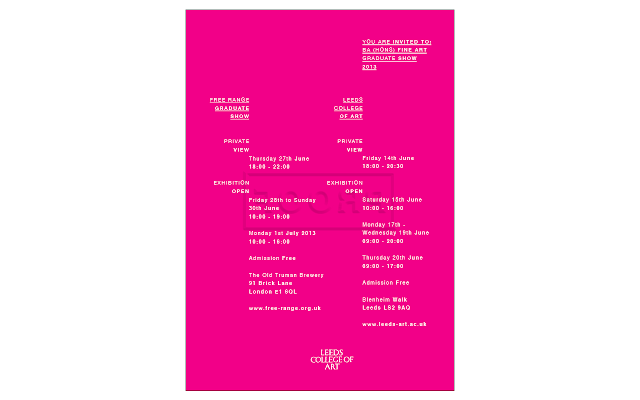 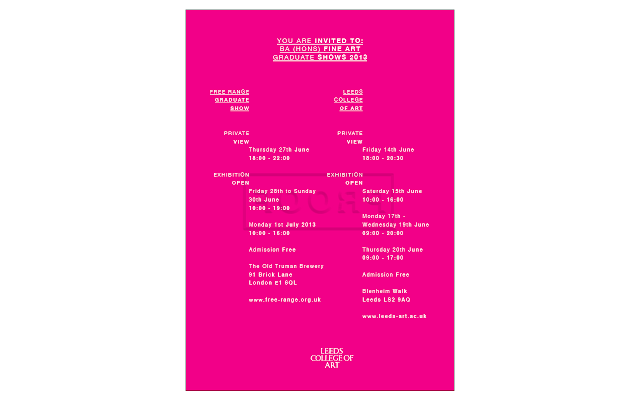 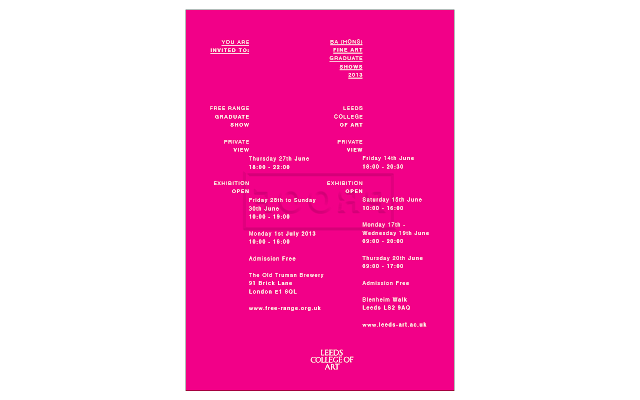 The underline demonstrates hierarchy in a difficult layout that is split into 4. Bigger point sizes don't seem to fit well and the last layout seems to be the best way to hold the title. I also included the Leeds College of Art logo as it is probably required.
Posted by Chris Lawson at 00:14