I thought I would start by testing out the unorthodox characters such as the ones mentioned in one of my previous posts. Visual proof really that these characters are key-able, and the effort taken to make this possible. Everything looks fine, but I hope my german 'S sharp' letterform doesn't get confused with my B. I think it looks okay though. 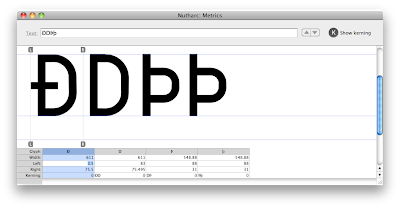 The numerals looked a bit squashed, so I thought I would give them room to breathe. I noticed Helvetica had matching widths on all numerals except 1, so I copied them over using the Metrics Assistance feature. Pretty self-explanatory, just copying the values over to the other 8 numerals. 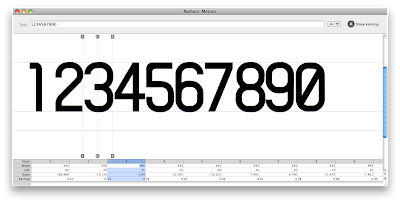 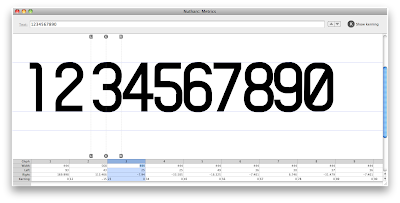 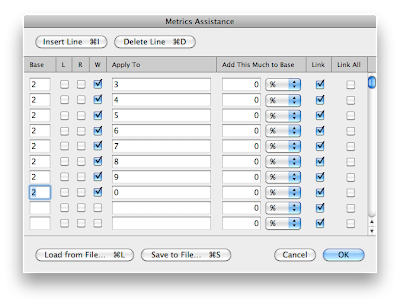 I noticed some glyphs had weird values, so I remedied them using both numerals and letterforms to make sure they stayed consistent.

The @ symbol needed slight adjustment, as well as the pound sign.

I noticed the brackets were very inconsistent. I had to back into illustrator to fix this, but they now look like a set.

The kerning between the two 0's was a little off, so I adjusted it slightly.

I found the trademark symbol to be a little too big, so I reduced the size and the spacing between the T and the D. 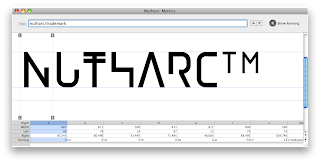 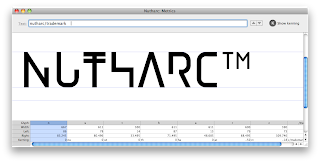 I did a few tests to make sure the metrics were okay by using words from a Loud & Quiet magazine laying around. Here are some of the results.

Once I was happy with the metrics, I used the technique that I used with the numerals to make sure all foreign characters matched the non-accented letterforms. 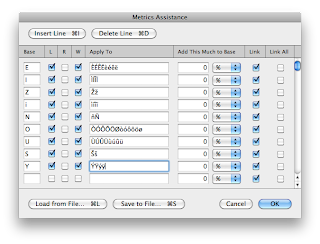