Alterations to Glyphs; Wrapping the Font Up

After testing Nutharc in other platforms such as Illustrator, InDesign, Microsoft Word (I wanted to make sure it worked) there are a few issues that keep it from being a completely functional font. This post documents the final struggle to the finished font, but I may split the posts up depending on how much work accumulates. 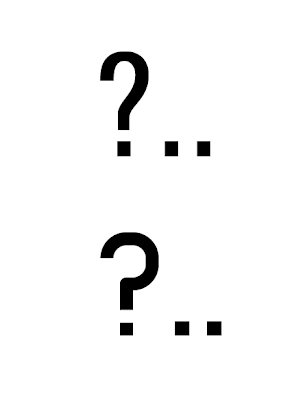 The top image (Univers 57 Condensed) shows the similarities between the question mark and the full stop. My typeface, below, demonstrates this too - except they're not so similar. The question mark's dot is noticeably smaller than the regular full stop.

Here is the stages of how I remedied this. I copied and pasted the full stop into the question mark's outlines, lined it up and deleted the smaller dot. I then enlarged the question mark glyph slightly to give optical alignment. The sample shows the improvements, and I adjusted the kerning between the question mark and the dot to make it consistent if the user wanted to do an ellipsis following the question mark. 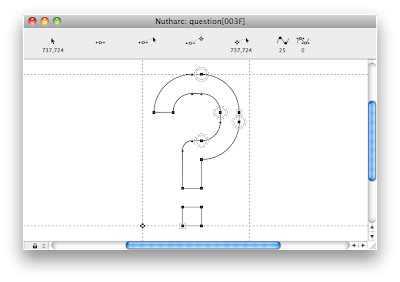 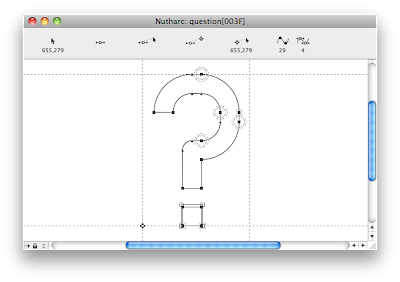 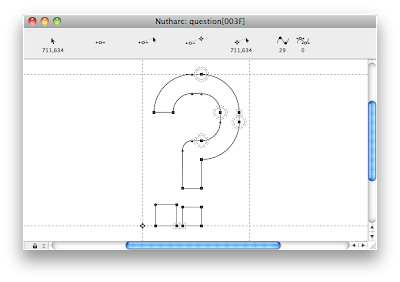 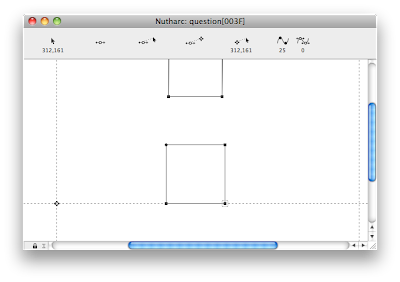 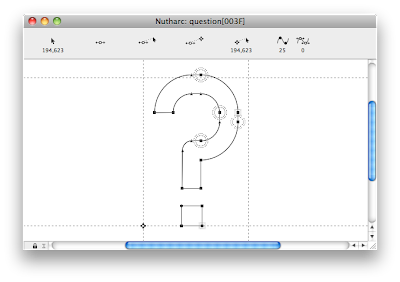 This is the process that I went through when I made the less than and more than glyphs. They're irregularly proportioned shapes, in the sense that they don't stretch from the base height to the cap height. Therefore, to counter this, I exported the glyphs with the I to keep the proportion and placement. This could be applied to any glyph that I wanted placing in a certain place, or one that needed to stay in proportion to the other glyphs.

When making the paired glyph, I simply rotated the existing one 180 degrees. 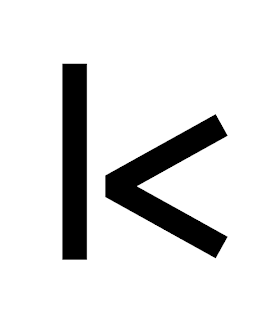 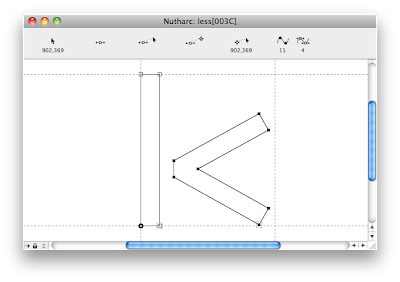 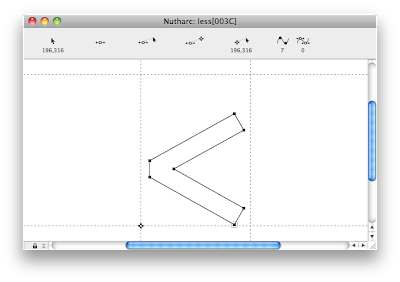 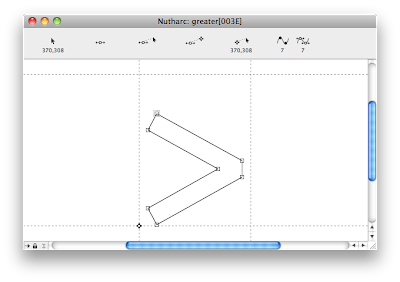