More glyph development, with new problems that occurred and how I resolved them.

The $ Symbol was pretty simple. I took the letter 'S', reduced the horizontal size and applied the 'I' over the top, reducing the size accordingly. The problem I had with this was the overlap, they cancelled each other out and therefore needed to be converted into a full shape.

To resolve this, I simply went to Element > Remove Overlap which made it into one, complete shape. 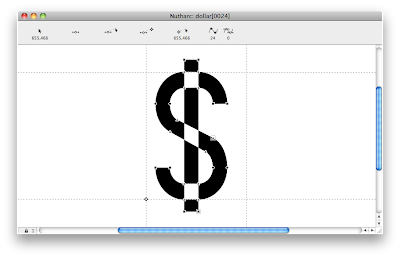 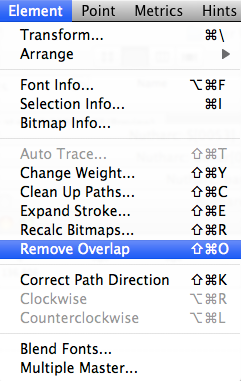 The difference between my original cent symbol (above) and the one that I opted for with the thinner vertical bar. 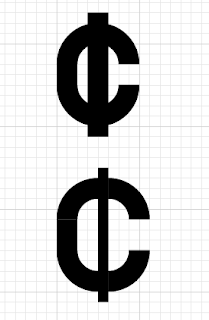 I even included rarely used glyphs, such as the broken bar. It looked too close on first inspection, so I furthered the gap just in case someone confused it with a usual bar. 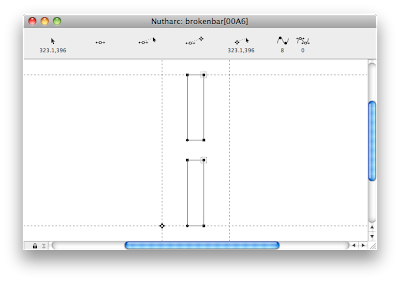 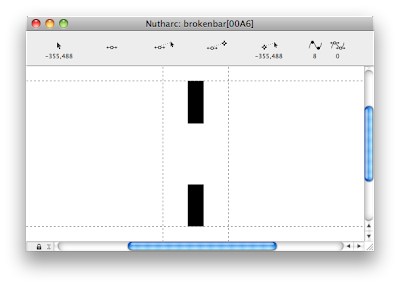 As twitter is becoming an increasingly popular platform for social media, I thought that the numeral symbol, or the 'hashtag' was a crucial aspect of my final font.

I took the original shape, just an equally spaced combination of lines, sheared it, and moved the horizontal lines to match the oblique nature of the new symbol. 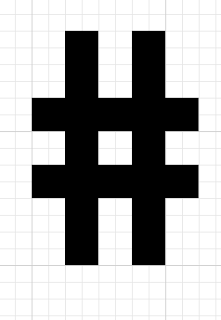 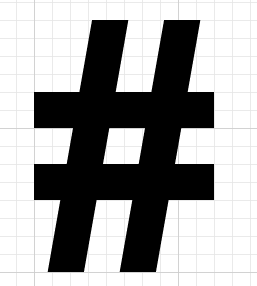 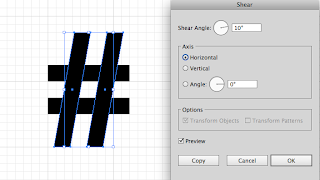 When importing into Fontographer, I thought the glyph looked a little bit too strong, so I reduced the weighting by 10 em sizes, to fit the aesthetics of the font more closely. 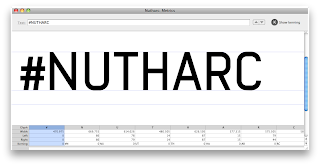 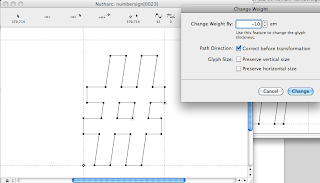 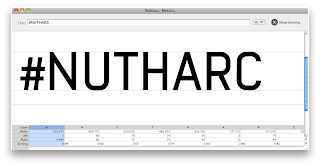 Currency symbols were tricky. This is the process that I went through to get the pound sign, and how it looks alongside my numerals. 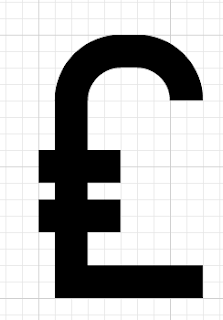 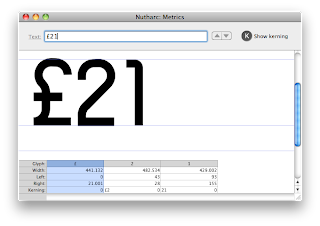 My original Euro sign looked too inconsistent with my typeface, if I'm honest, so I opted for a unconventionally squeezed symbol that stays true to the aesthetics. 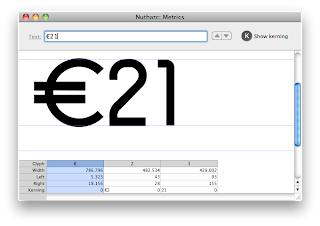 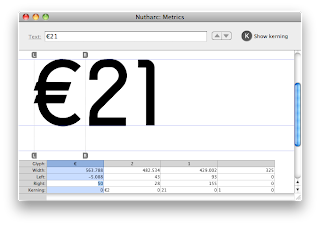 The Yen symbol was simple - I just used the existing Y with two hyphens, then removed the overlap to create a full shape. I like how easy it can be to create letterforms or glyphs from existing ones in Fontographer. 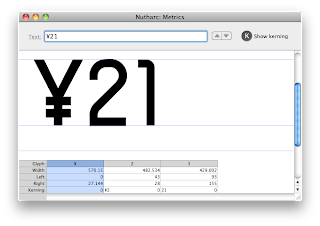