This will demonstrate the process took from original image to the image that will be used on the promotional material. Note, the original image was taken in Studio 4 with no lighting or tripod - it was not a professional job. We literally had 21 hours to turn this brief around.

I also used a student's work that I was working with on with the Fine Art - Abi Moffat. I had to ask her later if it was alright as the timing was inappropriate as it was the early hours in the morning when the decision was made. The others were from a brick wall found online and the leopard print found downstairs in the Mosaic Cafe.

I extended the final image to make it friendly for posters and placing type - it is also available for long banners that are suitable outside the Vernon building. 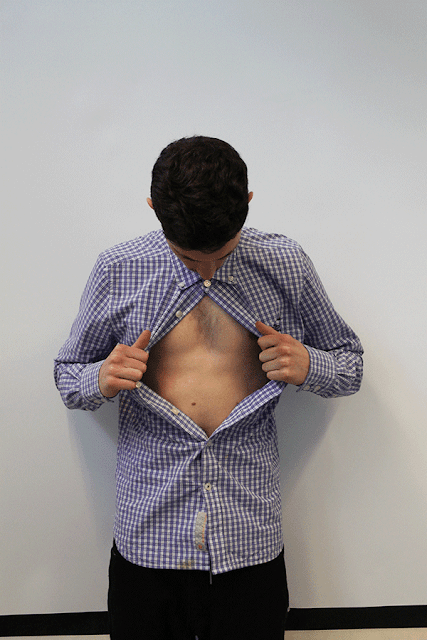 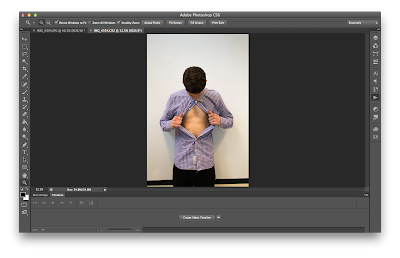 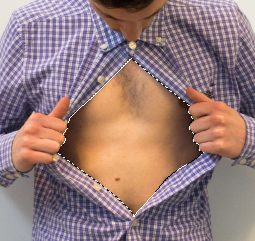 Make a selection around the chest area 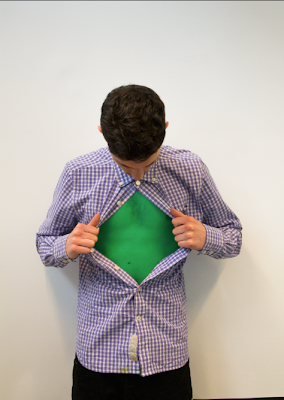 To test I put a green fill in with the 'multiply' option on. I would put the artwork in later. 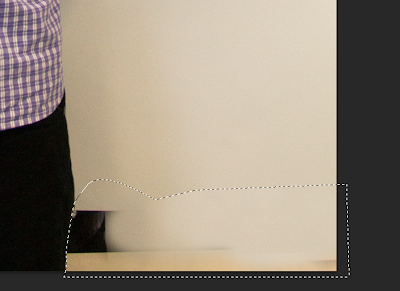 Touching up the edges, getting rid of the black stripes