Having Problems With 'J'

After developing my GIF idea, I noticed there was a slight problem with the letter J, both in the uppercase and lowercase: 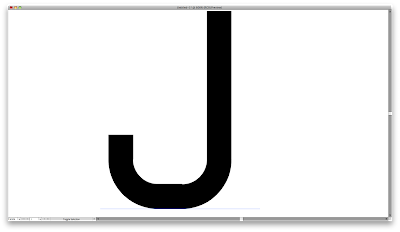 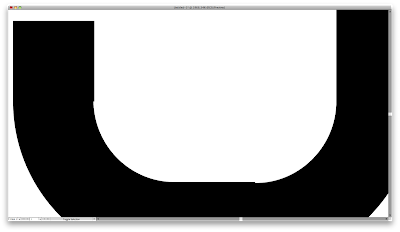 When zoomed in, or in a huge point size (around the 500pt mark) there is a noticeable line inconsistency where the letterform curves round. It is difficult to notice in a smaller point size, but it's still a problem nonetheless - especially when I 'finalised' the font in terms of metrics and glyphs recently.

So, to resolve the issue, I decided to test to see if it was the program, or the quality of the EPS itself. When inspecting the EPS, it seemed fine, so I tested the program out by reimporting the files. I did this in a blank font table to prevent any unforeseeable changes within my final font. 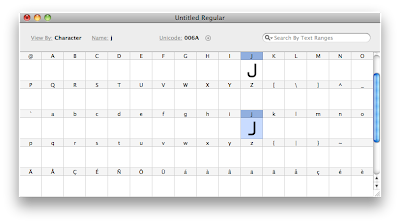 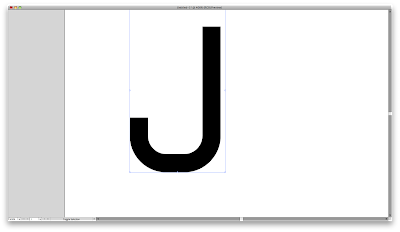 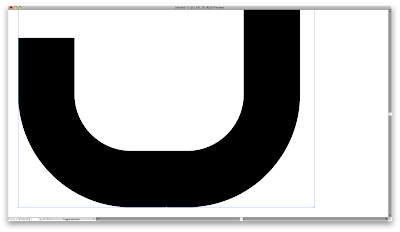 I added the J exclusively, and tested out the 'untitled' font in Illustrator, to match the first test. The letterform came out flawless, a really nice smooth edge even when zoomed in.

I decided to try reimporting the EPS files into my existing font, seeing as though it worked when I carried it out the first time.

Unfortunately, it produced the same awful, jagged line as the original; nothing had changed. I did notice that when copying the characters directly from the blank font table, and into my finalised font table, the 'J' characters were slightly bigger for some reason. Unless proved otherwise, I believe the reason for the distortion is because the EPS file is forced to scale down, and the anchor points detected in Fontographer don't move in sync with the rest of the letterform. It's the only explainable theory I have at this point anyway.

So far I can't find a suitable solution, so I think it will be best to leave it until Monday to talk to the guys in the tech bubble.
Posted by Chris Lawson at 23:34